Termatrac The World’s No.1 Termite Detector

You are here:
PEST - TECHNICALLY UNBEATABLE

Since the Termatrac T3i was released in late 2010,it has continued to evolve,consolidating its position as a must-have tool for the toolbox.It remains the only device on the market with multiple sensors designed for termite detection: Movement, Moisture and Thermal.

The display unit has transitioned from the HP iPaq to Android smart phones,giving a smarter, more responsive interface, better battery management,and a platform for Termatrac to provide better in-field support.For those still using an IPAQ,and who have a top tier Android Smartphone or tablet,such as Samsung,HTC,or Sony,the Termatrac T3i Operate app can be downloaded for free from the Google app store.

Following the move to Android app based display, the Termatrac reporting system has moved online. All T3i owners have access to a free account, where any scan information that has been saved is automatically sent when the phone gets a wi-fi connection. Reports, designed to be supplements to the standard pest reports can be easily produced from any web browser.

The major change this year has been adding the direct percentage mode to the moisture sensor.The unit has always had a relative moisture meter,showing changes from a reference point.This mode is great for wet areas and for finding the extent of moist areas.The new direct mode shows a meter and a percentage in a style that is familiar to most,with up to 3 user definable alarm levels.A button on the screen allows easy switching between modes.The fact that the T3i has a screw mount compatible with camera fittings,allows the moisture meter to be used with ‘selfie sticks’ to check high areas that may have been skipped previously and allows skirting boards to be checked without having to constantly bend.

Termatrac is working on further improvements to the T3i that should enhance its utility even further. 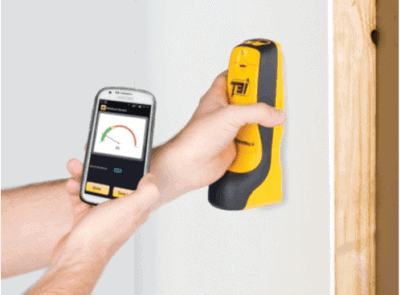 Rodents – A quick guide to their treatment and control
April 15, 2021